We Don't Have To Win Today 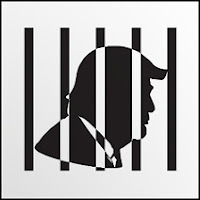 When I was a public school teacher I was given one of the best pieces of advice in my entire career during my first year of teaching. I had already endured a frustrating couple of months in a mostly rural community school that was vastly different from the well-heeled urban high school I had done my student teaching in, when the staff was given a presentation by a local law enforcement officer. What he told us was essentially this. When you have a conflict with a student who is acting inappropriately or violating school policy, do what you can to mitigate the damage in the moment but don’t attempt to completely resolve the situation right then. Tempers may be raised, and confrontation may do more harm than good. While it may be difficult to leave things unresolved for the time being, the officer explained to us, especially if the student thinks they’ve triumphed or gotten away with something, the thing to always keep in mind is that you’ve already won. Simply by virtue of the fact that you are the teacher and the students are the violators, you have already won. The key to any confrontation in public school, he told us, is to always remember that you don’t have to win today. The advice was transformative. As a teacher the policies of the school, and even state law, were on my side. In any confrontation with a student violating those policies or laws, therefore, I had already won, and I could rest easy as I filled out a discipline referral or reported the student to the administration later because . . . I didn’t have to win today.

Something similar is going on in Washington D.C. at the moment, in the wake of the deadly and unprecedented armed insurrection of the Capitol Building on Wednesday. In the discussion about the relative effectiveness of proceeding with another impeachment of the president, many people are unaware of the full scope of this act and what it means for the country in the long term. While the justification for the immediate move to impeach the president a second time is obviously with an eye to removing a dangerously unhinged man from office, it’s also important to remember that we don’t have to win today. While removing the president from office as soon as possible is an absolute necessity, there is also the time consideration to deal with. He will be gone by law in less than two weeks, and so it may be difficult to achieve the desired results before then. As such, many people are rightly uncertain about the efficacy of proceeding with the impeachment if it may only result in removing him from office a few days early, or perhaps not at all before he is required to leave on January 20th. President Elect Biden appears to be thinking the same way. But there are other reasons to proceed immediately with articles of impeachment, no matter how long it takes, and even if the entire process cannot be completed before inauguration day.

The first important reason is that the impeachment will also be a referendum on Republican complicity in the most corrupt and undemocratic administration in the history of the United States. The vote in the House of Representatives to approve the articles of impeachment will force House Republicans to either vote for democracy and the American people, or to continue to side with a fascist tyrant who has wantonly incited an insurrection against his own country. The vote in the Senate to convict or acquit the president will do the same thing for Senate Republicans. This is a vote that should define their entire careers and provide ample evidence of their lack of fitness to hold public office in the future if they vote against democracy and against the very people they have been entrusted with representing. And while it's doubtful Mitch McConnell would ever bring it to the floor of the Senate, he won't be in control much longer either. The second reason for proceeding immediately with impeachment is actually not about removing the president from office, as important as that is. What many people in the media and throughout the country don’t seem to realize is that the other penalty for impeachment is to disqualify the president from ever holding public office again. This is the real and lasting benefit of impeaching him again because it will forever silence the specter of further attempts by him to overthrow democracy in America. What’s also important to understand is that the proceedings do not require that he still be in office. Even if he were to resign, the impeachment can continue and he can be prevented from ever holding office again. We have already won; the president has been voted out of office. But there also MUST be consequences for his treasonous, anti-democratic actions. The thing to keep in mind, however, is that we don’t have to win today.

This is also true when it comes to the president and his crime family operations. There has been so much talk in the media about the Department of Justice memo that suggests a sitting president should not be investigated or indicted for wrongdoing. And at the same time, there has been ongoing speculation about the possibility that the president will attempt to pardon himself. These two things taken together, and especially the way that they generally have been reported in the media, have been understandably frustrating to the majority of the electorate who sees this as a technicality that may allow a thoroughly corrupt president to avoid the punishment he has only brought upon himself and so richly deserves. But there are two aspects of this narrative that need to be articulated better—and hopefully emphasized much more by the media in the coming days. First, presidential pardons are only valid for federal crimes. Even were a presidential self-pardon to survive legal challenges, the president is still in violation of numerous state crimes. And for those, a presidential pardon would do him absolutely no good. The president’s most recent violation of election laws in Georgia and his ongoing illegal financial activities in New York are just the most high profile of his state crimes. It’s almost certain that many more charges will be filed in other states the moment he leaves office.

But while the president’s inability to avoid state prosecution has been reported by the media, what isn’t generally talked about is the complete context surrounding self-pardon. What reporters and commentators typically focus on is that there is nothing specifically in the Constitution to prohibit a president from pardoning him or herself, which means this president will absolutely attempt it. That said, however, what is almost never mentioned in these discussions is that very memo from the Department of Justice which states that the president should not be indicted while in office. Because further along in the memo it states quite unequivocally that while the DOJ should leave the president unmolested while in office, the trade off for doing so is that he is not allowed to pardon himself. So, while it is an absolute certainty that the president will pardon his crime family and himself before he leaves office, those pardons will not protect his family or himself from prosecution at the state level, and further, the president himself will certainly not be able to avoid eventual federal prosecution because his self-pardon will never be upheld legally in light of the DOJ memo.

What all of this means is that the forty-fifth President of the United States will almost certainly be convicted of numerous crimes at the state and federal level. It won’t happen immediately, but then it doesn’t have to. Time is on our side. This also explains the itinerary that the president had planed months ago that included a trip on Air Force Two to Scotland on January 19th. That’s right, the president had planned on heading to his resort in Scotland on the day before the inauguration, conveniently placing him on foreign soil when his term of office expired. Fortunately, Scottish authorities have denied his request to enter their country. While they cited Covid-19 restrictions as the reason, it also seems fairly clear that they have no intention of welcoming a fugitive from justice. But while the president has been blocked from going to Scotland, there are many other foreign countries that may be more amenable to harboring a wanted criminal. The president has already made it clear he will not be present at Joe Biden’s inauguration, but he hasn’t said where he will be on that day. With any luck he will flee the country and thereby tacitly admit his guilt once and for all to his followers. And with even more luck he will be extradited back to the U.S. to be held accountable for his numerous criminal acts against the United States and its citizens and spend his final days in prison. To accomplish this, the impeachment is a necessary first step. We just need to be patient.

Like Al Capone, or O.J. Simpson—who eventually did go to prison, just not for their actual crimes—it may not be as satisfying as seeing the Capitol Police walk into the Oval Office and haul the president out in handcuffs while the Secret Service looks at the warrant for his arrest and shrugs, but I believe that American justice will finally win out in the end. The weak willed vice president is never going to agree to invoke the 25 Amendment. Nor is the president’s amoral cabinet—who choose to avoid the West Wing these days rather than confront the catastrophe that they helped create—going to do anything to hasten his removal. Instead it is the people, through their chosen representatives in the United States Congress, who need to move forward and impeach the president with all deliberate speed. While he will certainly be impeached by the house, the impeachent may not make it to the Senate until well after Joe Biden tkes office, in order to guarantee his conviction and disqualify him from public office. And that's okay. While the president is a criminal who must be removed from office as soon as possible, that soon as possible may only turn out to be on January 20th. Thus it’s important to keep in mind that we’ve already won; it's just the punishment that will come later. He will, in fact, be gone in a few days, and will most likely end up in jail or as a fugitive, which means we’ve already won. We just need to remember that we don’t need to win today.

Email ThisBlogThis!Share to TwitterShare to FacebookShare to Pinterest
Labels: Politics